Temple of the Chosen in Fagaras Mountains

In the list of the oldest medieval Romanian monuments enroll also cave churches in the monastic complex from șinca Veche, settlement located at 45 km from Brasov, 22 km from Fagaras and 3 km from the șinca village, known place thanks to historian and philologis Romanian Gheorghe șincai, family which has its roots here. 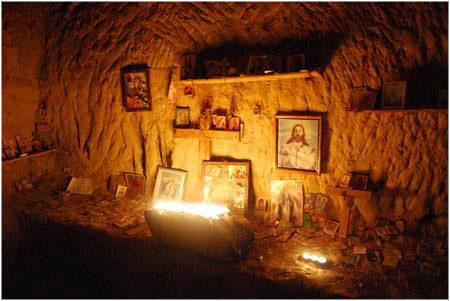 Romanian priest and historian Stefan Metes said in his researches on religious life in Transylvania that even Pope Innocent III wrote in 1204 about our Orthodox monasteries, simple and miserable, but still well known in those days.

These cave churches from Sinca Veche are called: "Temple of the Chosen", "Stone Dug Monastery" or "Temple of Sinca Veche" - a place of silence and fulfillment of good desires, as it is presented by website crestinortodox.ro - being listed as historical monuments by name:
Cave monastery (ruins), locality: Sinca Veche village, șinca commune, address: Pleșu Hill, dating XVIII century.

Along with churches carved in stone is St. Nectarios Monastery, dedicated to the "Birth of the Virgin" so named because it houses the relics of St. Nectarios.

Old legends tell of the Temple of the Chosen is an enchanted place where the traveler is filled with miraculous power and heals diseases soon as the patient lights a lamp and drink water from a spring, because here candles shall never be quenched, because the high church tower 10 meters connects with an underground tunnel, where the wave of magical energy drain. 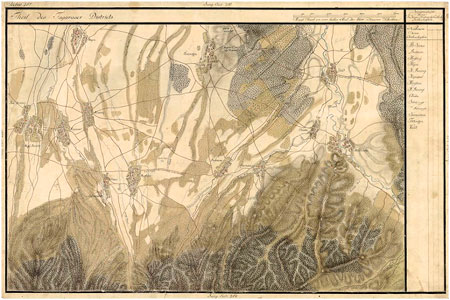 The old walls are filled with ancient mysteries and miracles drawings and images which are said to have images of Jesus or Zamolxis, alternating with newer of "gygy + mymy = love". Visitors are however many and walk in godly and hope, praying for health, and about the Resurrection lived here is said to have a tremendous impact, because during human connection to the divine Resurrection is maximized. Also, here celebrates All Saints Sunday "celebration churches carved into the rock from Sinca Veche" and after Mass, sometimes there is a concert of Byzantine music.

About other energetic phenomena has been written in the press, for example, an account included in the pages of "Monitor" of Brasov since 1996, where TVR Lucian Băbeanu reporter, came to the monastery for some frames, tells how the camera start and began only stop from recording, not responding to commands and when he returned to the studio and watched recording , with amazement saw the film spheres of light shone intensely in the depths of the church, unseen at the time neither he nor the other members of team.

So we can say that the Temple of the Chosen is a place where legends make peace with the majesty of the mountains, attracting tourists mountain lovers, but also faithful people who come with hope and then tell about miraculous healings.

Let us therefore visit this place in peace and respect nature, really only who is giving energy and health. 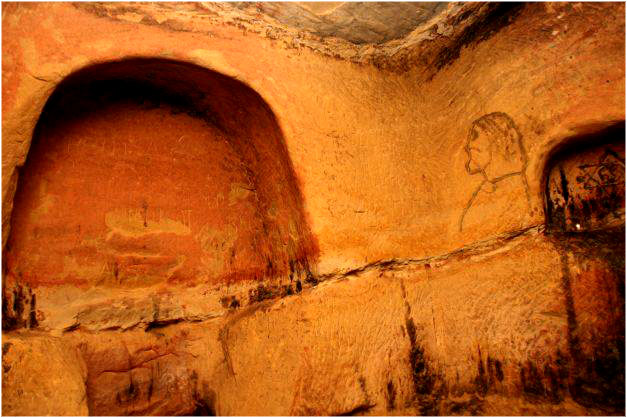 Tips when you meet the bear

A local somewhat accustomed with bears told me once that they are more like us: a man help you when need, while another keeps your way to the corner and gives you in head. So are the bears: some go on the path and stumble over tourists who stand in their way, others are defending their cubs, others are hungry and just smells salami backpack, and others simply do not like to take pictures with flash and get nervous... read more...

We present you a series of stereograms, like a pleasant and helpful relaxation exercise, a result of which you will learn new or different details about various points of interest related to the Fagaras Mountains: Transfagarasan, the highest peaks of this mountain range, the route of the cable car Balea - Waterfall, etc. Accept the challenge and read responses from stereograms. read more...

Point of departure of ascents on north slope is Depression Fagaras, place to reach by train from Bucharest - Brasov - Fagaras - Sibiu - Arad. National Road 1 is located near the railway Brasov - Sibiu, going through the same locations as the rail in Fagaras - Avrig area. read more... 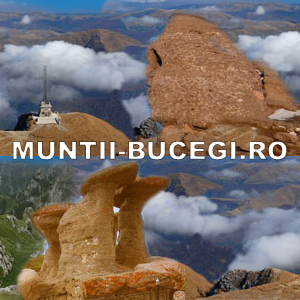